Frndly TV and Philo are two of the most affordable live TV streaming options available right now, but are they worth it?

Many consumers are looking to cut the cord due to rising cable and satellite TV prices. When they do, however, they discover that some streaming services cost $50 to $65 a month. That’s still a substantial sum of money!

Frndly TV and Philo are aimed towards consumers who wish to watch live television for a reasonable cost. To keep expenses down, their streaming TV bundles eliminate local channels, cable news, and live sports. Instead, they package thin entertainment network packages.

Over the last few years, I’ve tried all of the big live TV streaming services, including Frndly TV and Philo. I’ll go through cost, channel lineups, features, and user experience in this article to help you decide if either service is perfect for you. Let’s get this party started!

After a price rise in June 2021, Frndly TV’s three plans cost between $5.99 and $9.99 per month, whereas Philo’s single package costs $25 per month. There are no obligations with either service, so you can cancel at any moment.

To save 15% or more, Frndly TV offers the option of purchasing an annual package. Although Philo does not offer an annual plan, it has previously provided a discount if you pay for six months of service in advance.

For new members, both Frndly TV and Philo offer a seven-day free trial, but you must specify a future payment method to get started.

There is no obligation to continue using either live TV streaming service after the free trial period has ended. If you don’t want to be charged, log in to your account and cancel your membership before the trial time ends.

Cloud DVR is a crucial feature to look for when choosing a live TV streaming service if you prefer to record programmes to watch later.

You can record anything that is now airing or slated to air with Philo’s plan. You’ve got a year to view those shows before they’re gone. You may also fast forward and rewind through all of the content in your cloud DVR.

Subscribers to Frndly TV’s two more expensive plans get unlimited DVR recordings, although the base plan doesn’t have one. The recordings for the qualified plans are maintained for three or nine months, depending on the plan.

Frndly TV and Philo have you covered whether you want to watch on your phone, PC, or to a TV set with a compatible device. The most popular streaming media players are supported by both live TV streaming services: Amazon Fire TV, Apple TV, Google Chromecast, and Roku.

I used a Roku Express to test both services and had no problems. I was able to find the shows I wanted to watch with just a few clicks of my Roku remote, and there was no extra load or lag time.

If you’re a first-time streamer or simply want to save money, I recommend the Roku Express 4K+, which costs less than $40 one-time.

For families, the option to view numerous streams at the same time is a must-have tool. Users can stream on up to three devices at once with Philo, and each account can have up to ten unique accounts.

With Frndly TV, however, things aren’t quite so simple. The amount of streams varies depending on the package you select, ranging from one to four.

There are a lot of differences between Frndly TV and Philo, especially when compared to cable TV, but they both do a decent job of bringing the channels together with easy-to-use live guides. Take a look at this: 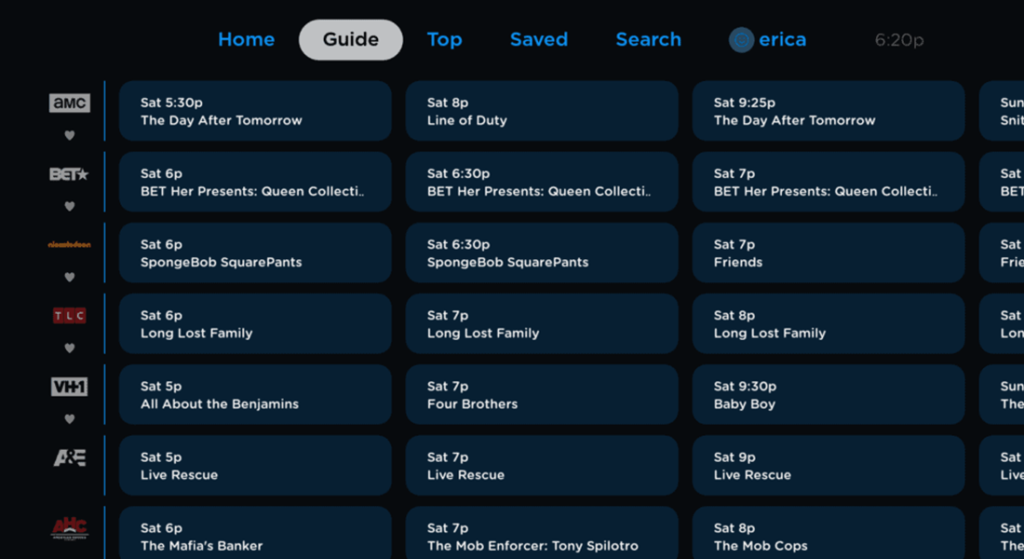 Based on my experience trying out these two services, I think anyone who has used a live guide from a cable TV provider or another streaming service will be able to figure out the navigation without a problem. Frndly TV may be slightly easier, but that’s because there are so few channels. Philo has more than 60 to browse.

Fortunately, in addition to the interactive tour and search bar, Philo has added a number of other methods for finding programming. When you’re stuck for something to watch, the “Trending Now” and “Top Shows on Philo” choices on the home screen can assist.

Despite the fact that these services are mostly focused on live television, they do feature on-demand areas featuring current episodes of shows and movies. This was a significant plus given Frndly TV’s small channel lineup. Philo’s on-demand portion is, as you might assume, more robust.

When I tested Frndly TV and Philo, I had no problems with buffering or incorrect messages. My home internet connection has an average download speed of 60 Mbps, which is significantly faster than the recommended speeds from these two streaming services:

When it comes to visual quality, it’s worth noting that Frndly TV’s Basic plan ($5.99/month) is SD only. HD video requires a Classic ($7.99/month) or Premium ($9.99/month) subscription. I tested out the Classic plan and was pleased with the video quality. 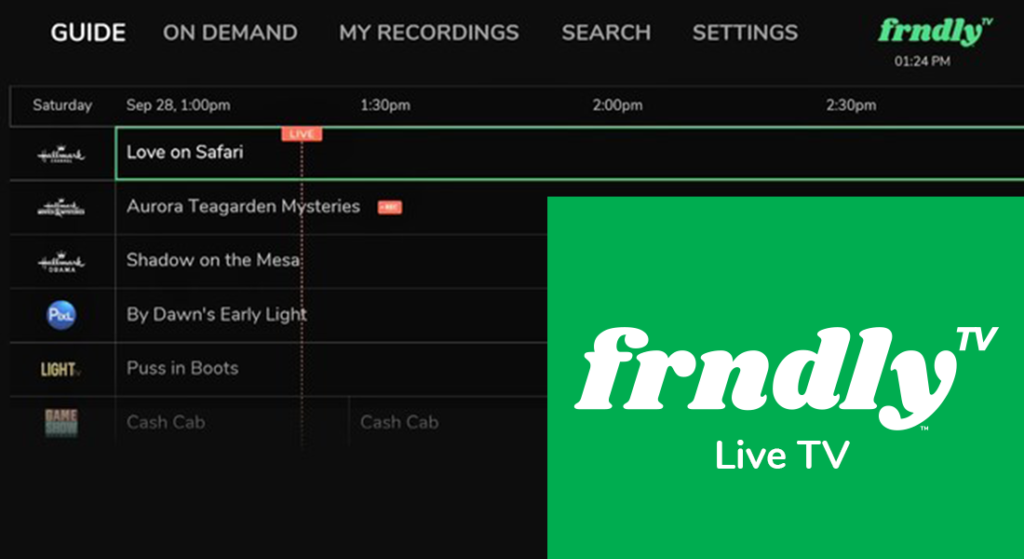 Although the channel lineups of Frndly TV and Philo are significantly distinct, there are certain networks that overlap. All three Hallmark networks, Game Show Network, INSP, and UPtv, are available on both systems. The similarities across the channel lineups, however, end there.

Frndly TV is a svelte TV package. All three options include the same 15 channels, all of which are geared at families. The service provides access to networks that the entire family can watch while seated around the television.

Meanwhile, Philo is a one-stop shop for all things fun. Among the networks it carries are A&E, AMC, BET, HGTV, Food Network, Nickelodeon, and VH1. Local stations and top-rated news and sports networks aren’t available, so the service maintains its costs low.

Frndly TV or Philo may not have everything you’re looking for in a live TV streaming service, but that’s precisely why they’re so cheap. They might be part of a personalised streaming TV package that is less expensive and more flexible than cable for many consumers.

The beautiful thing about streaming services is that you don’t have to commit to anything long-term. You can stop and start them whenever you want because there are no contracts.

You can use that flexibility to your advantage with Frndly TV and Philo.

In December, for example, you might sign up for Frndly TV to binge-watch Hallmark Channel Christmas movies. Perhaps you sign up for Philo just as a new season of your favourite A&E, HGTV, or VH1 reality shows premieres.

The main line is that people frequently tell me that the $150 cable TV package does not meet their needs. It’s too costly, and there are a lot of stations they don’t watch. So establish a list of the channels you do watch and start exploring for a streaming option, even if it takes experimenting with or subscribing to various services to obtain what you want for a reduced subscription charge.

Things You Need To Know Before Starting A New Business

Here Is a Method Which Is Helping Homeowners...

TOYS STORY: HOW TO CHOOSE TOYS AND THEIR...